Before departing for England, we began preparations at home to install carpeting upstairs where my doll room is located. Rick was planning to host Navy buddies from his Navy days while I was to be away and the house needed an update plus cleaning. I emptied every cabinet to pack and protect the dolls while all the furniture was moved to allow the old carpet to be removed and the new carpet to be installed (one of the 10 boxes packed).

I began packing for the trip overseas two days before I left. I was not able to blog before leaving as all my time was either packing dolls or working to make the house more presentable for guests.  It was a marathon event!

The flight over was very nice though it was delayed over 5 hours which was unfortunate. Finally I arrived at the Newcastle airport and Tricia brought Janet there to pick me up. It was a very happy reunion after a long separation. 😊

One of the travel bags I packed held a precious pale faced studio doll to bring to Janet Myhill-Dabbs who is her new Mum.  Her name is Lilith. ❤️

Also, Tricia had decided to let me adopt her very lovely Martha who is seated next to Lilith. ❤️

Tricia provided information about Martha’s history and she was called Martina at one time so I decided to restore her name. Martina is a BI studio doll expected to have been made in the late 40’s to early 50’s timeframe.

This photo was taken in Janet’s living room.

We visited Riley’s Fish Shack for a tasty breakfast.

Located right on the shore of the North Sea.

We observed people enjoying the beach with their dogs and brave people swimming in the chilly waters! 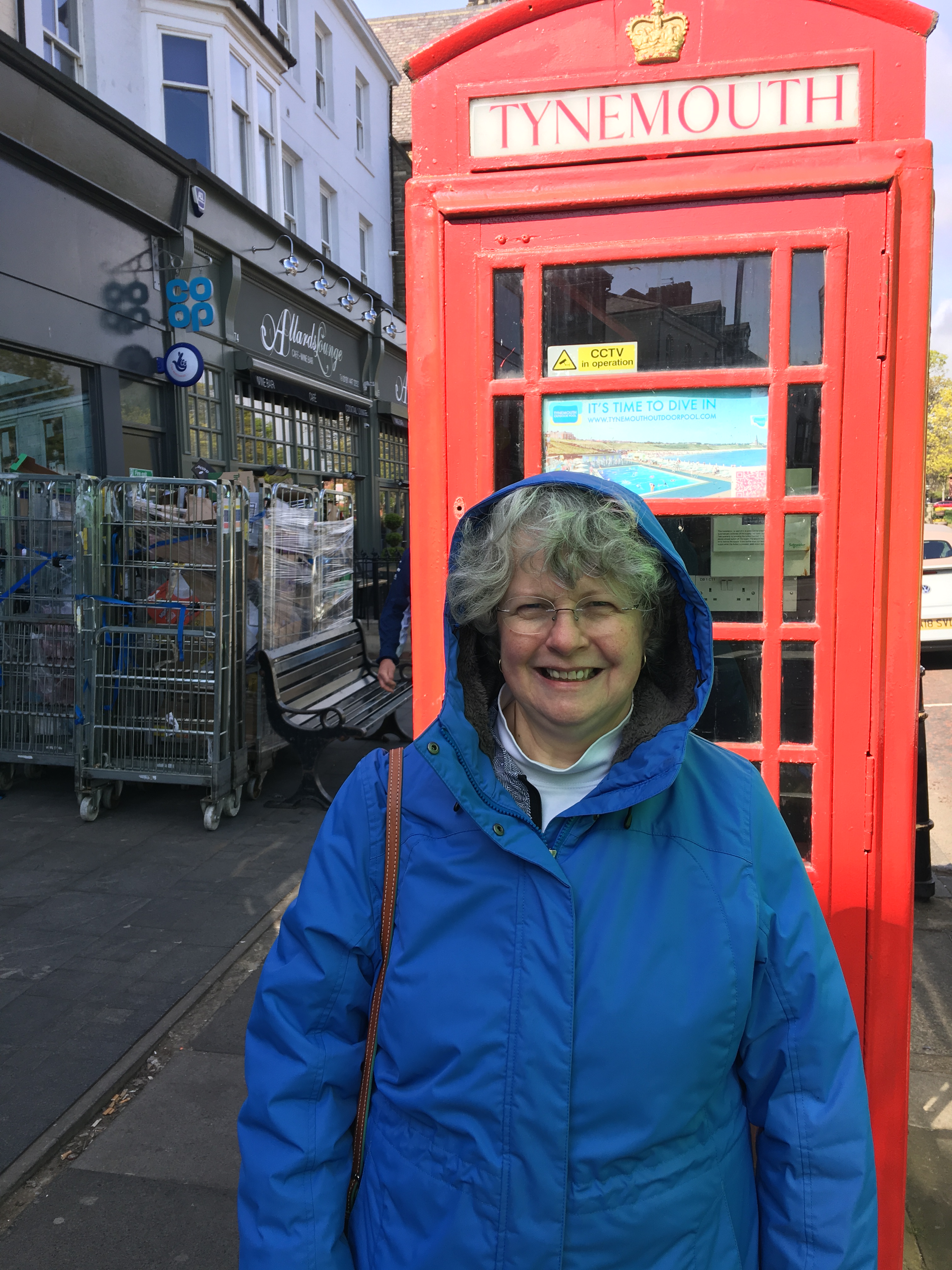 After Mass on Sunday, we went to the Tynemouth Market which was such fun.

I was happy to find this colorful and warm knitted hat in grownup size!

Janet and I walked her dog Bouncer along the sea.

Hannah spent a lot of time with Janet’s doll James Norton. She is smitten as we all are! 😊

A sunny walk with Bouncer. 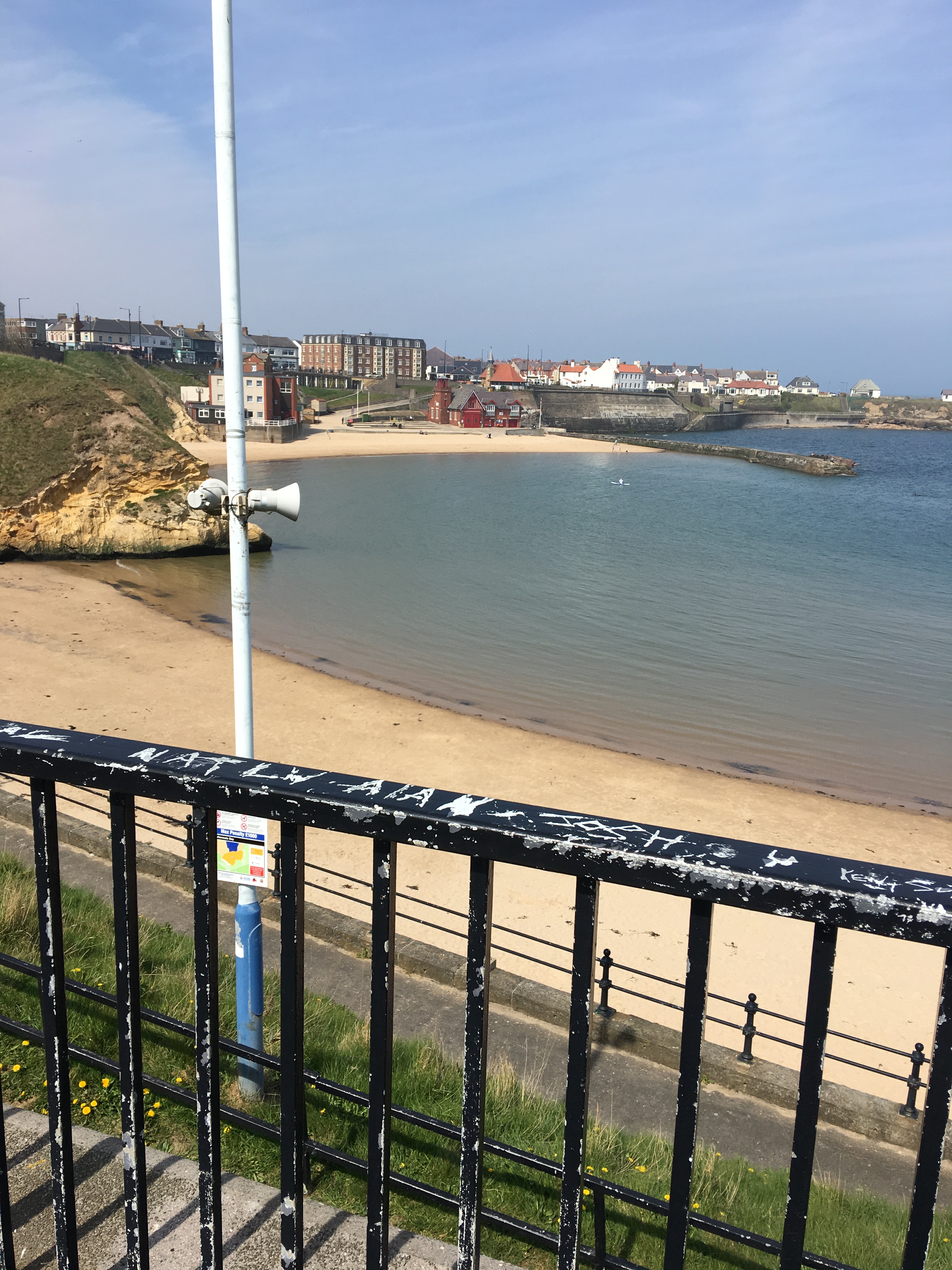 We had a fantastic lunch at the local restaurant called the Boatyard.

We met one day with Tricia and Peggy to play dolls st Janet’s house and then to have an afternoon tea at Spanish City. It was a very nice day!  ❤️ 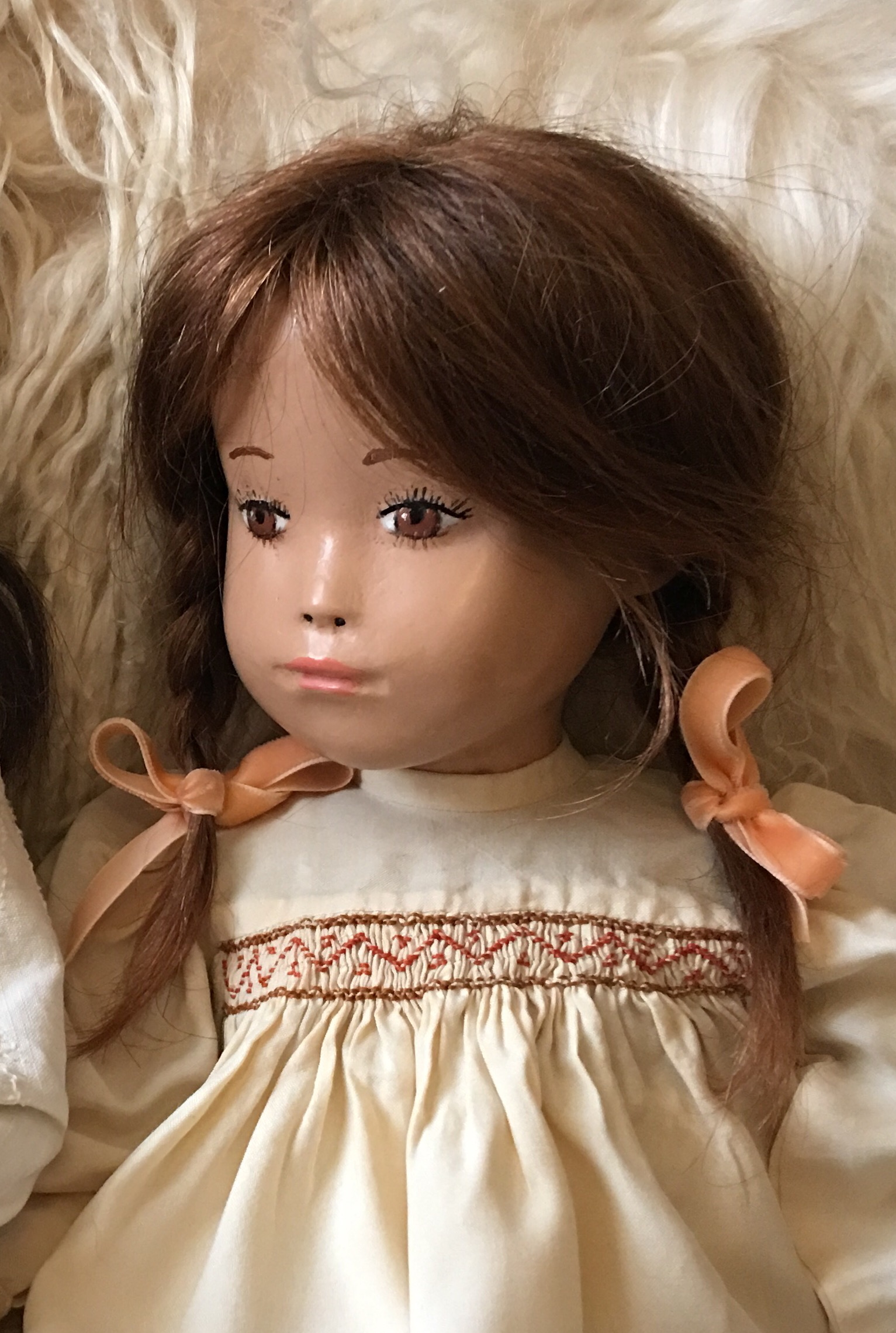 A close up photo of the beautiful Martina. Her dress came from Switzerland on a course doll and is perfect for her.

We realized that Martina and Janet’s Catherine had been photographed before in a poster above showing the four face molds.

So we took their photo together once again.  They are redressed but their lovely faces are the same. They so enjoyed their reunion.

The evening before we left, we went to a fantastic play called “Legally Blonde “.  It was a musical version of the original movie and was so very entertaining. I laughed and laughed and thoroughly enjoyed every minute! 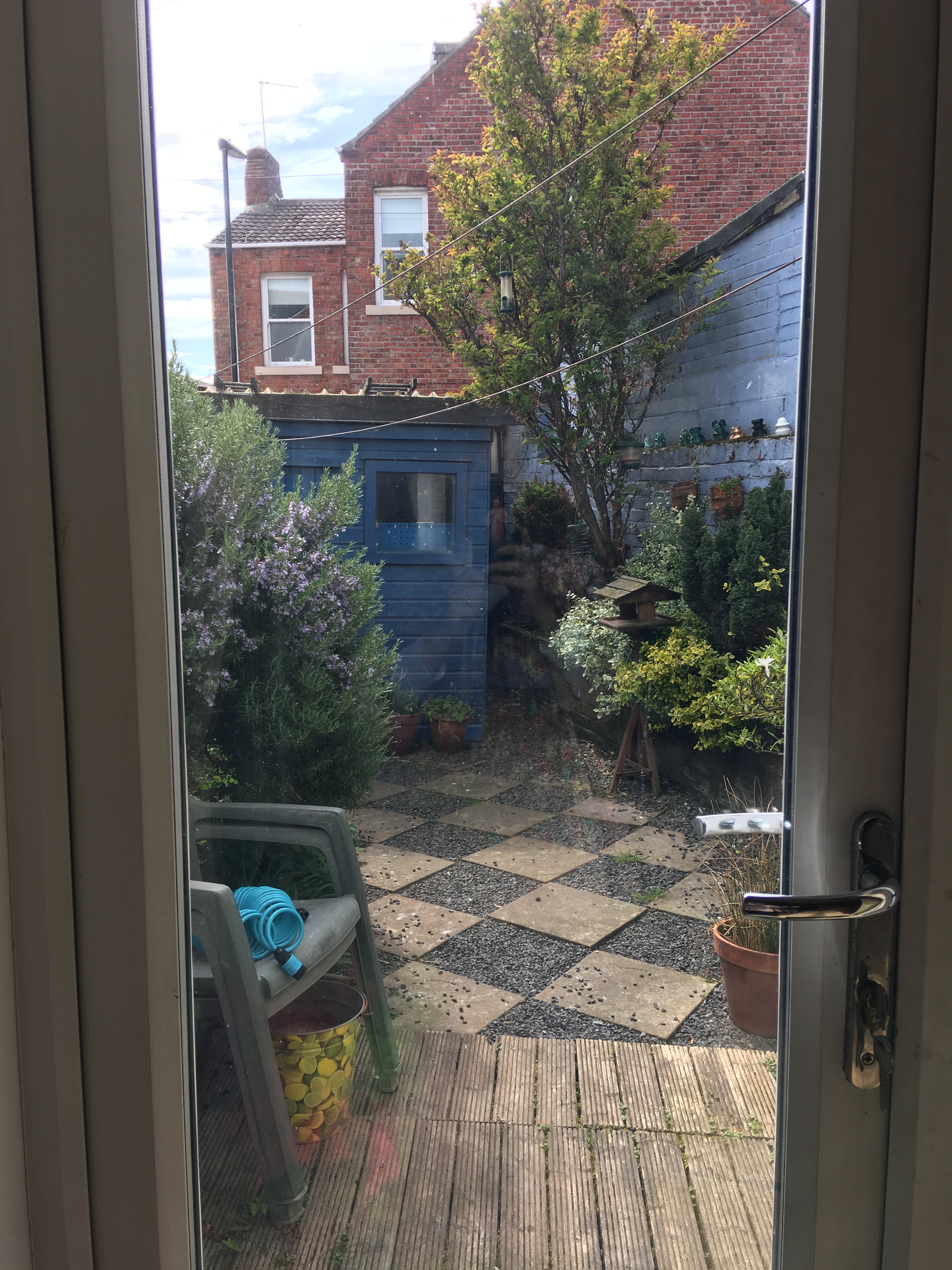 A final photo of Janet’s garden before we departed for Nottingham and the Sasha Celebration Weekend. A favorite bird from previous visits is called Fancy Pigeon and was there!  I had the pleasure of setting out seed for the pretty bird. A most wonderful visit with Janet and I am very grateful for her warm hospitality.  It is such a joy to see this part of England again with special friends.  Sasha friends are the very best friends. ❤️ 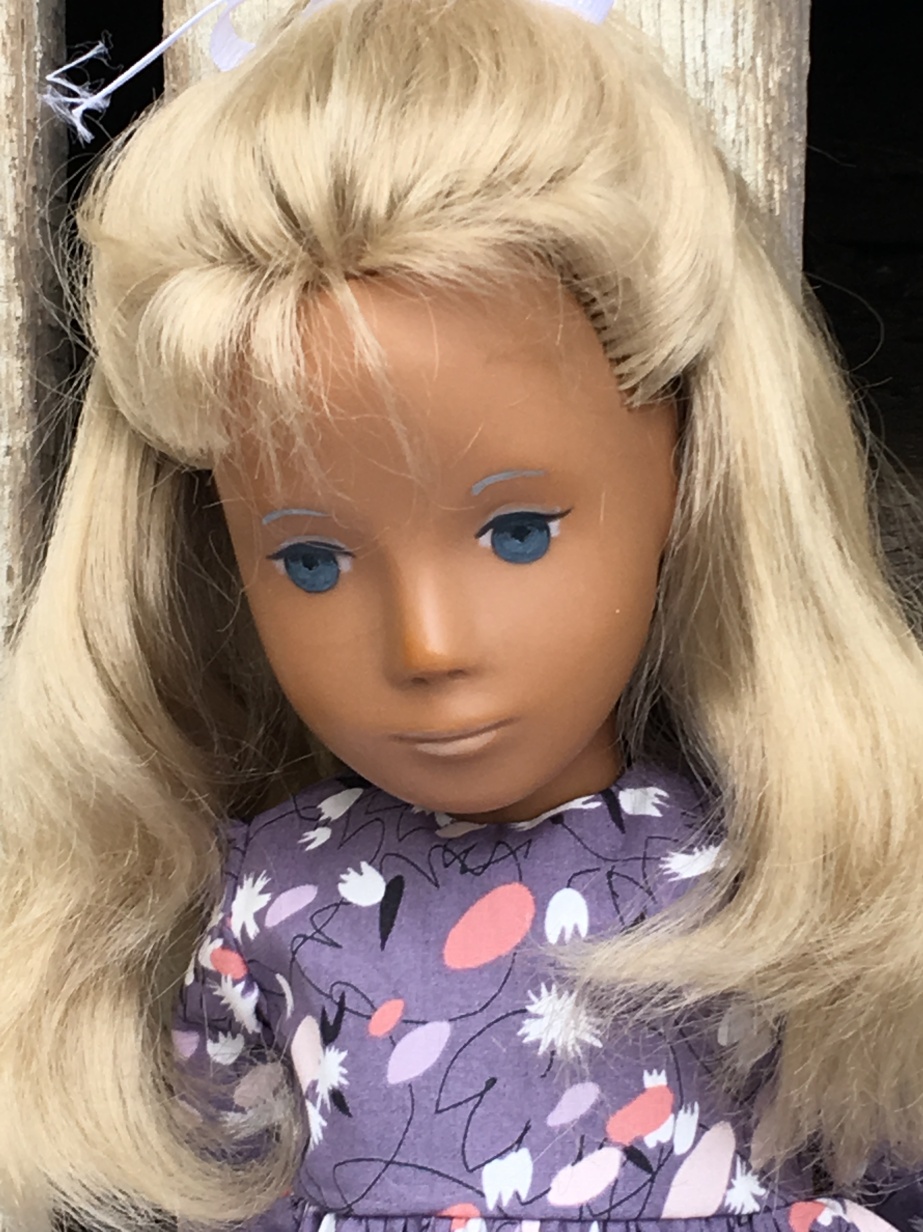 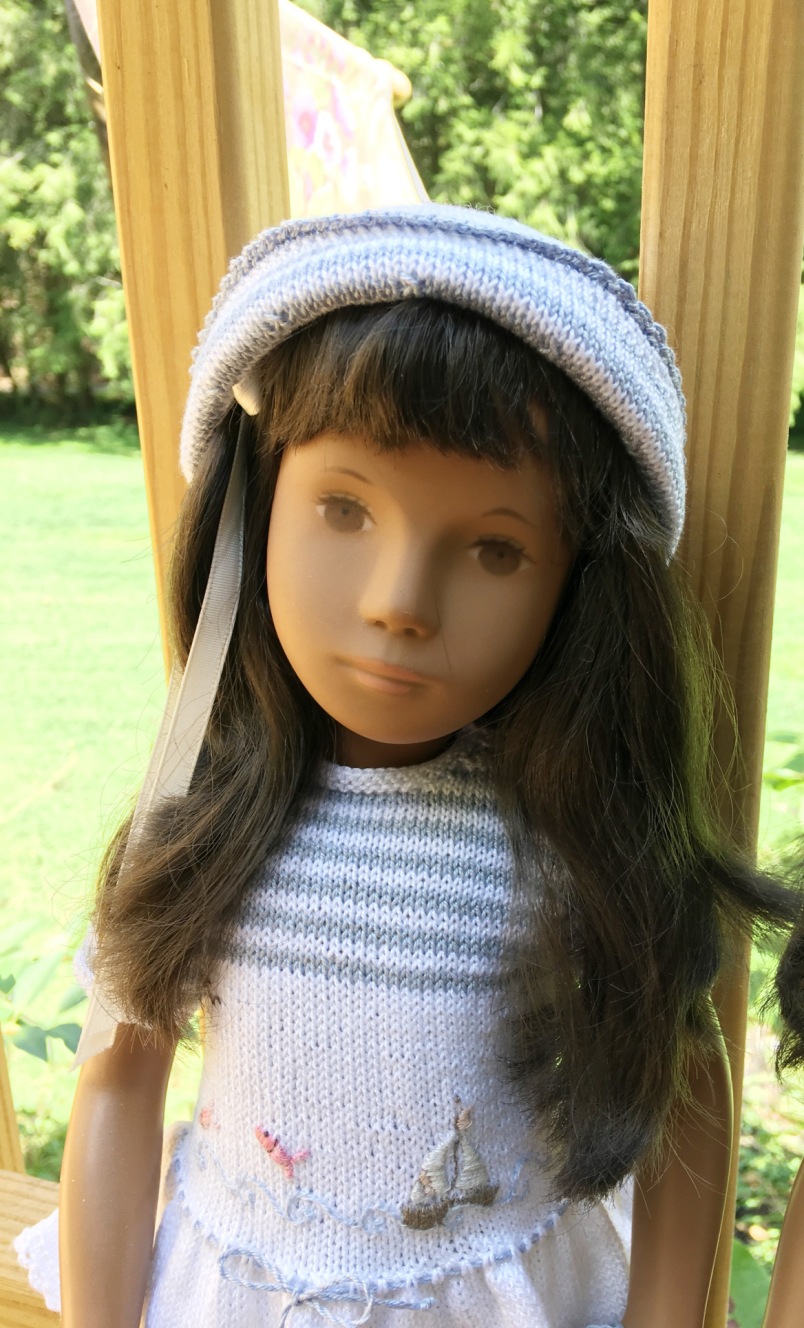 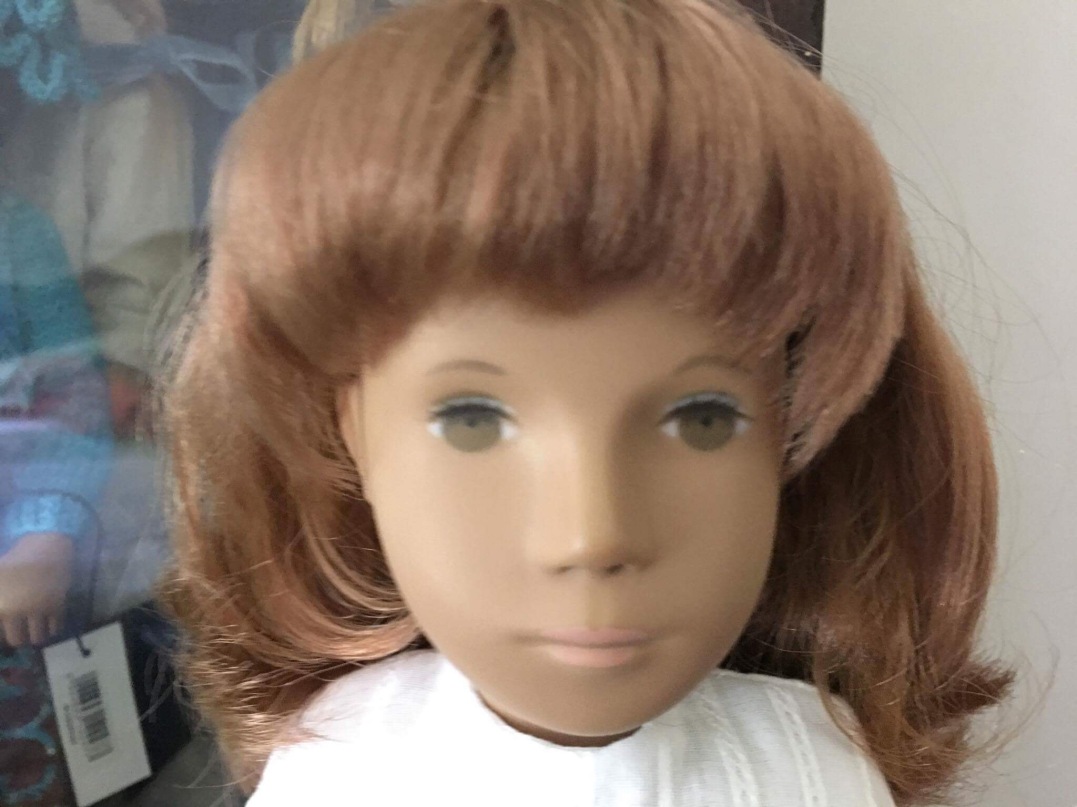 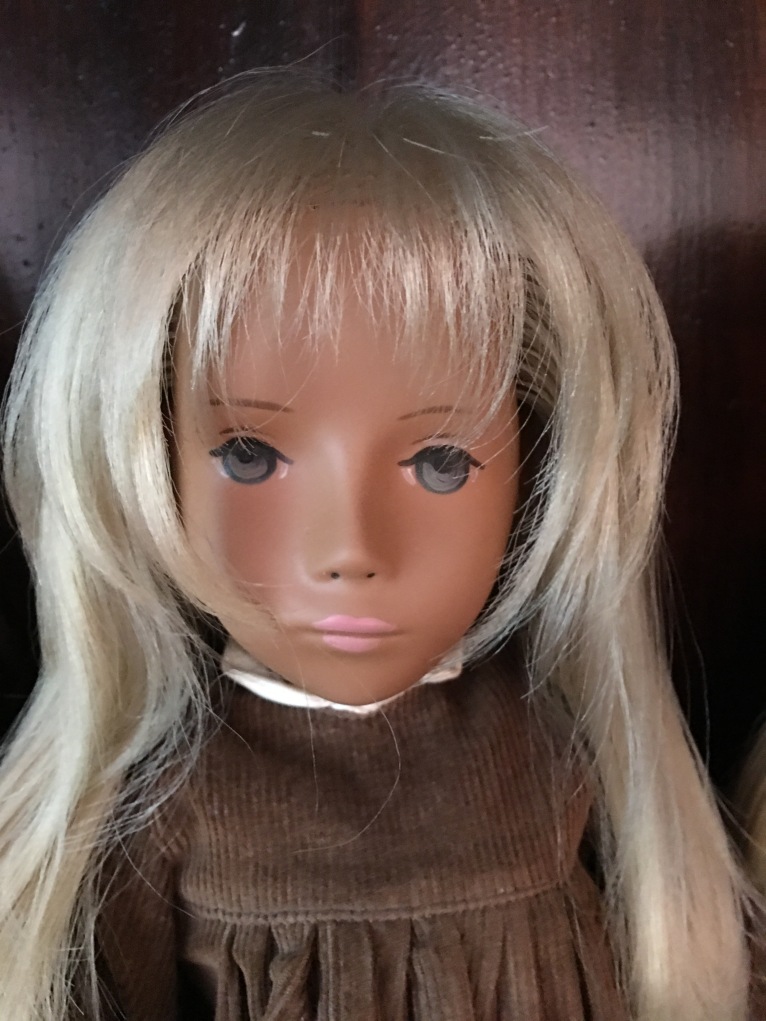 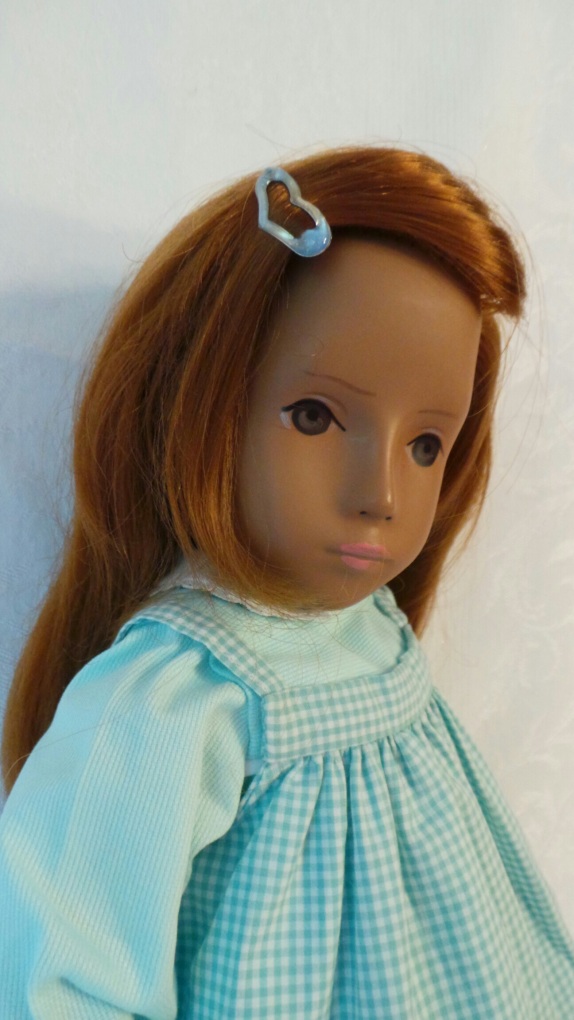 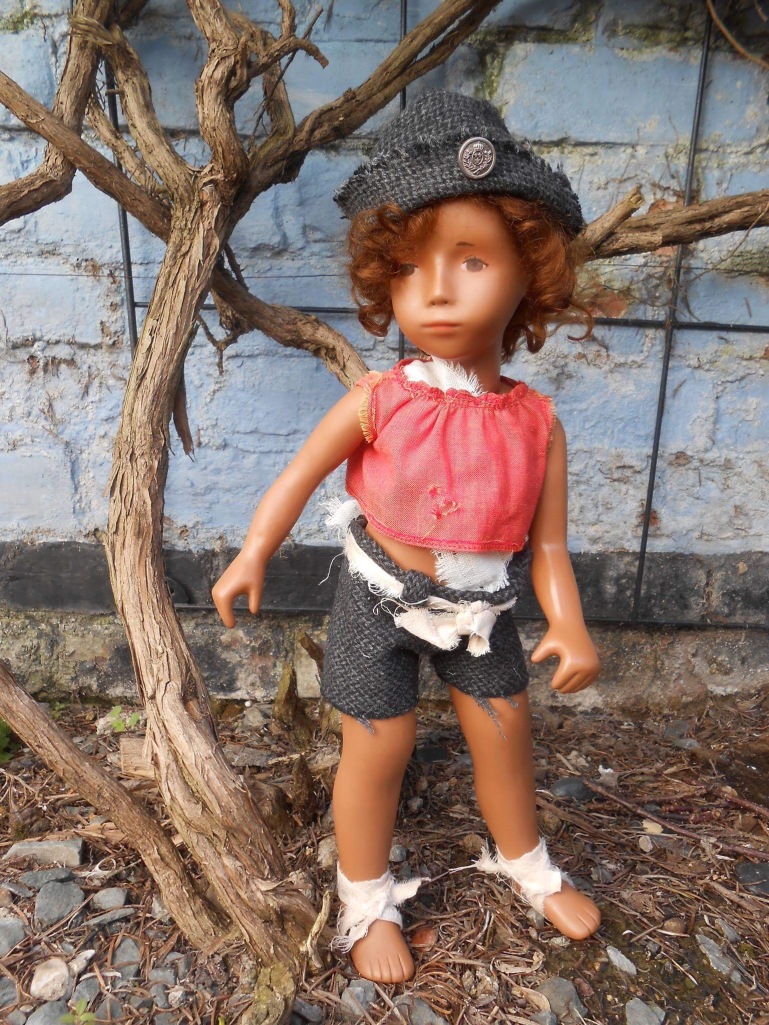 Sunny, a Farm Girl repaint by a Janet Myhill-Dabbs 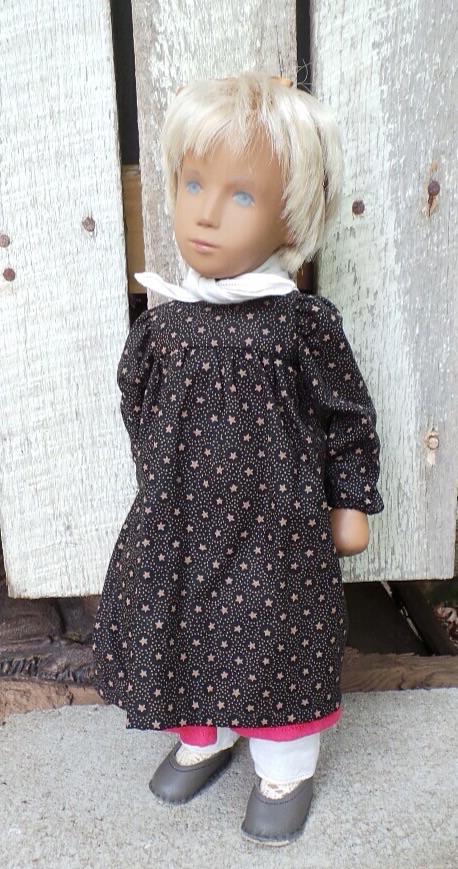 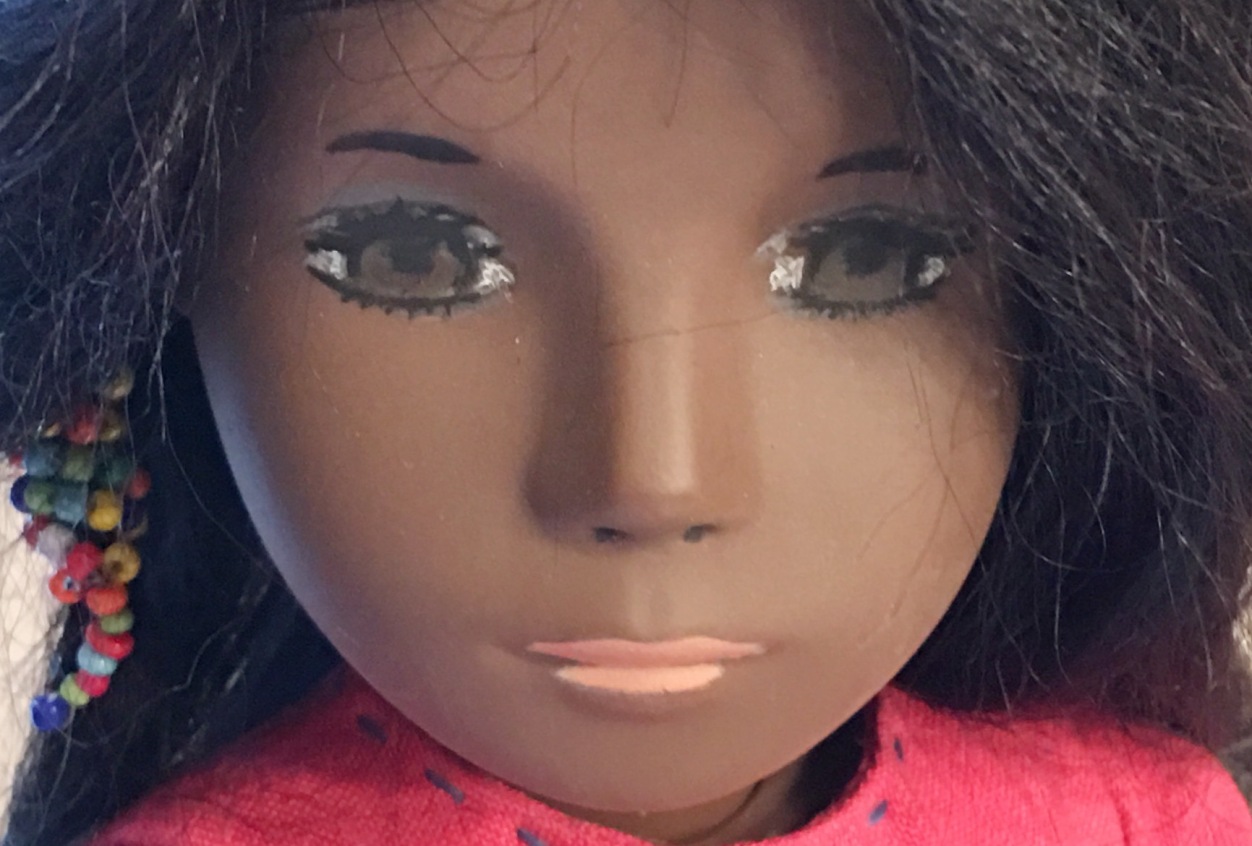 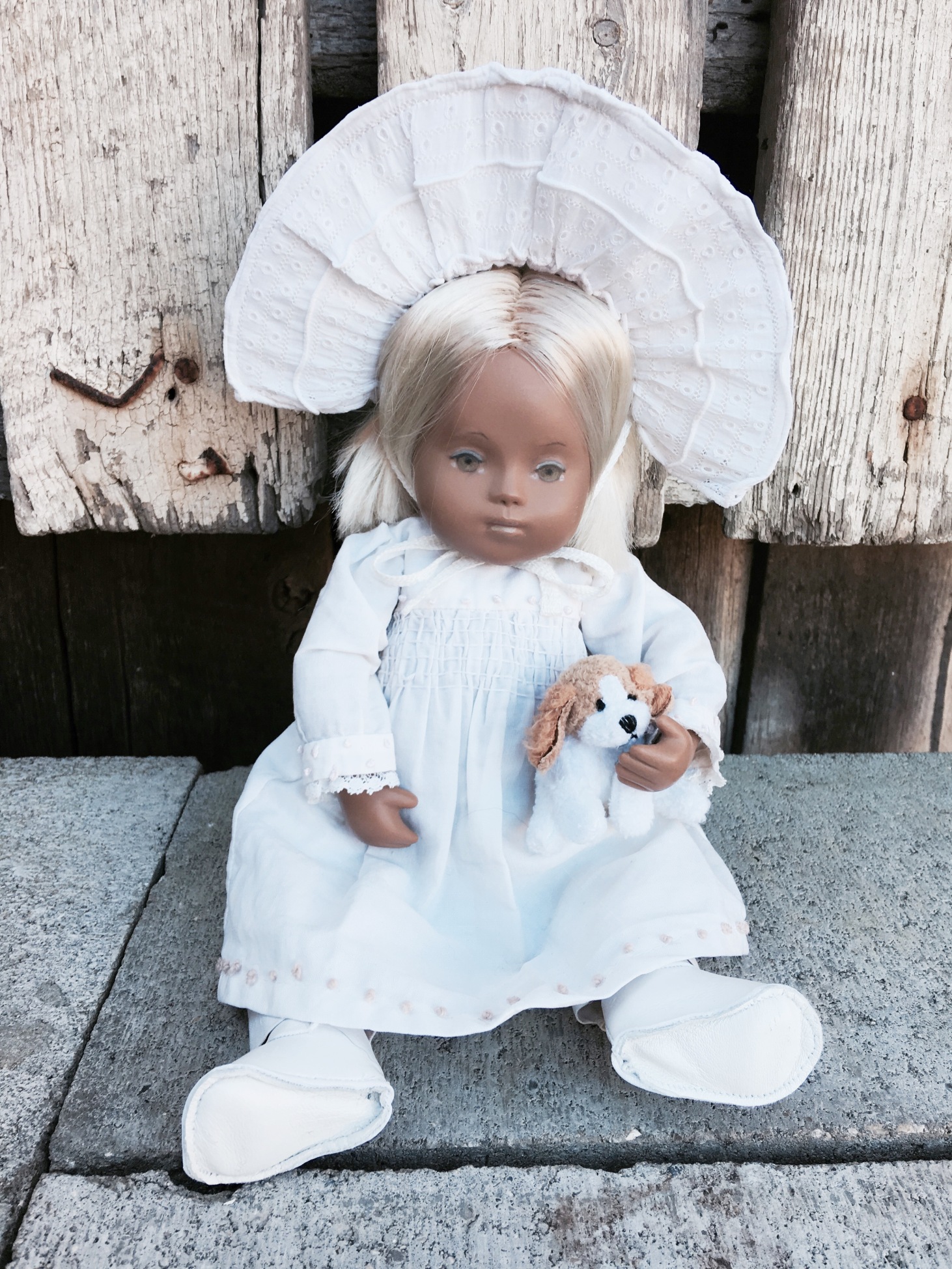 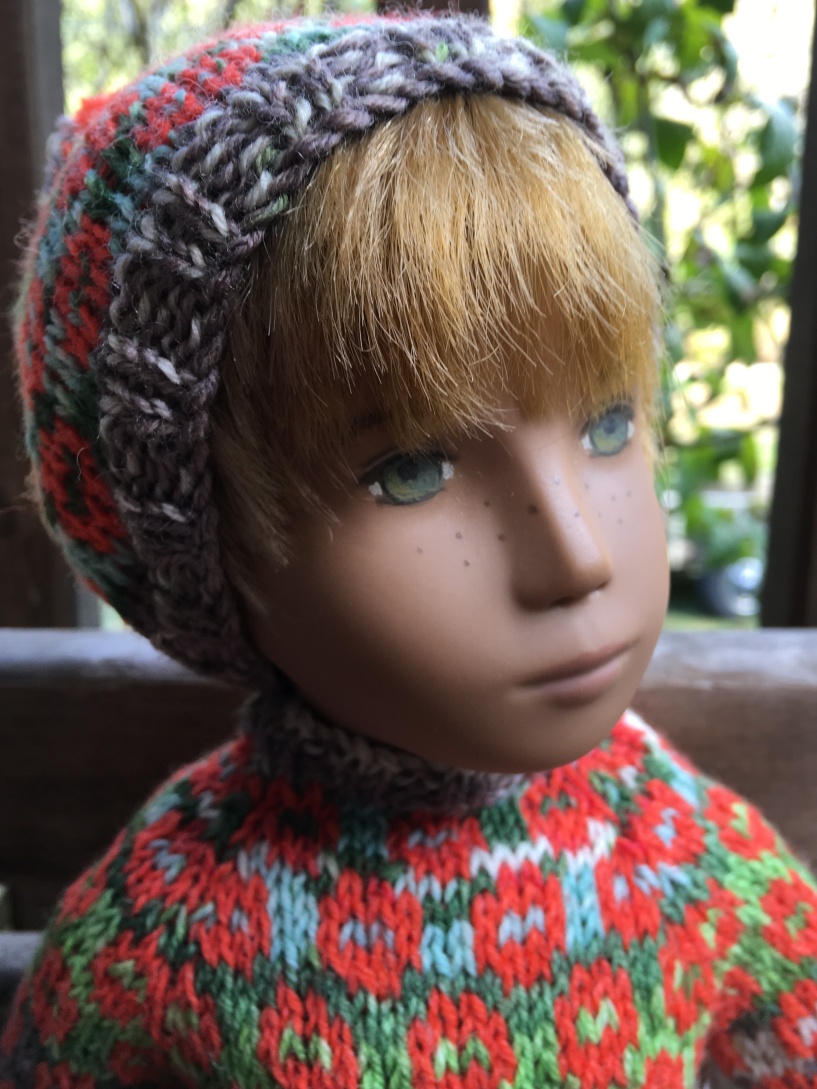 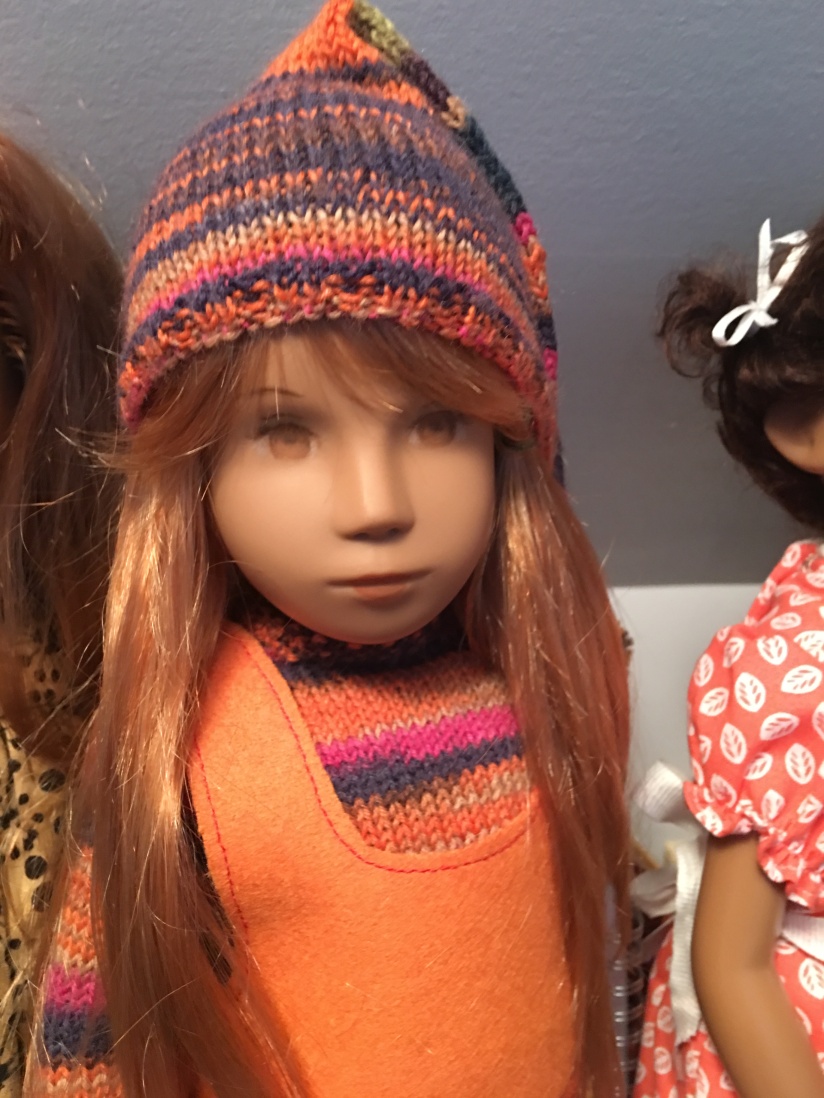 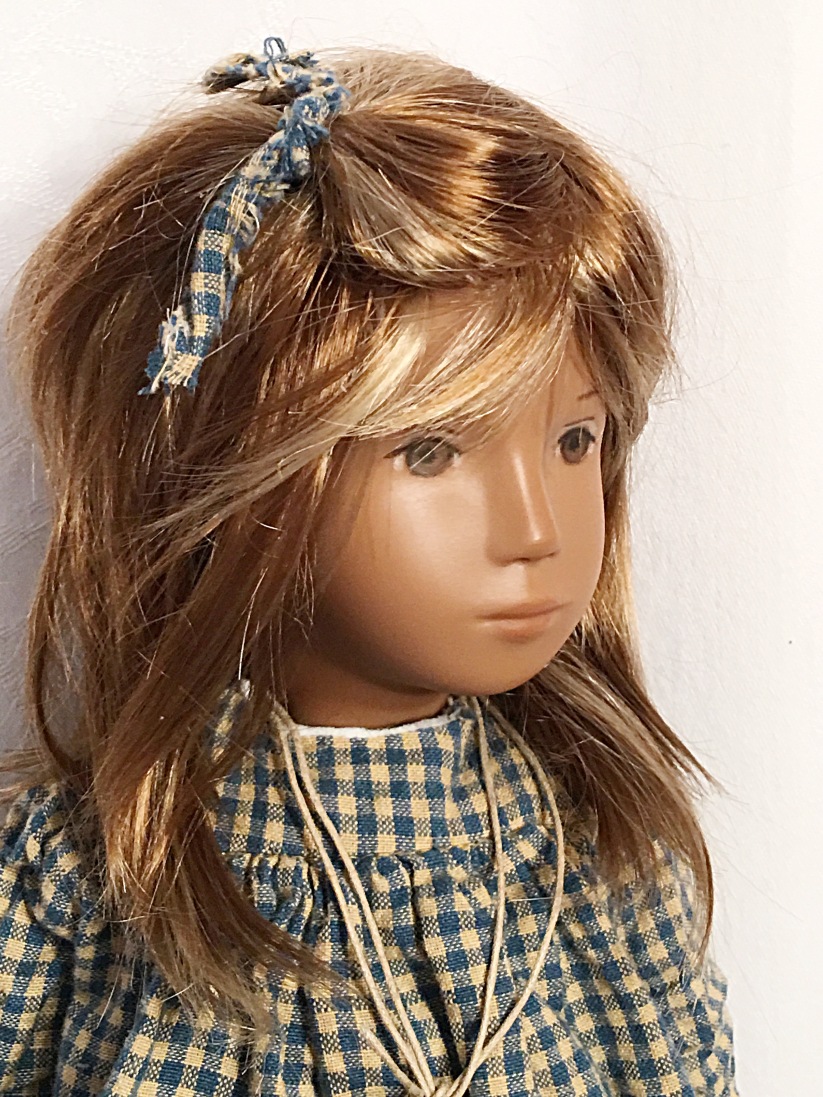 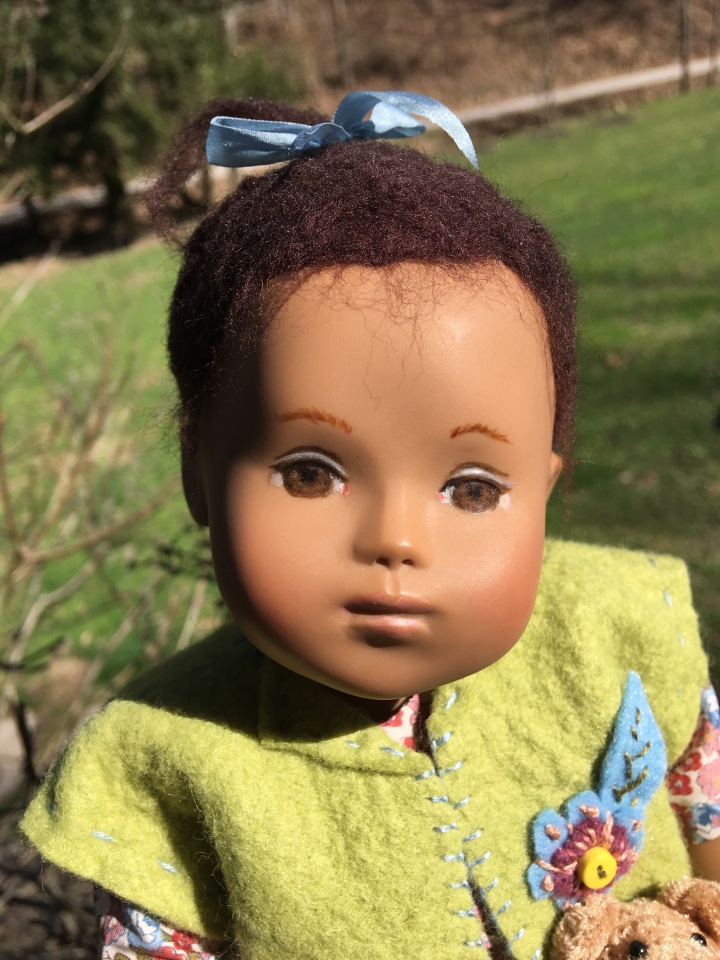 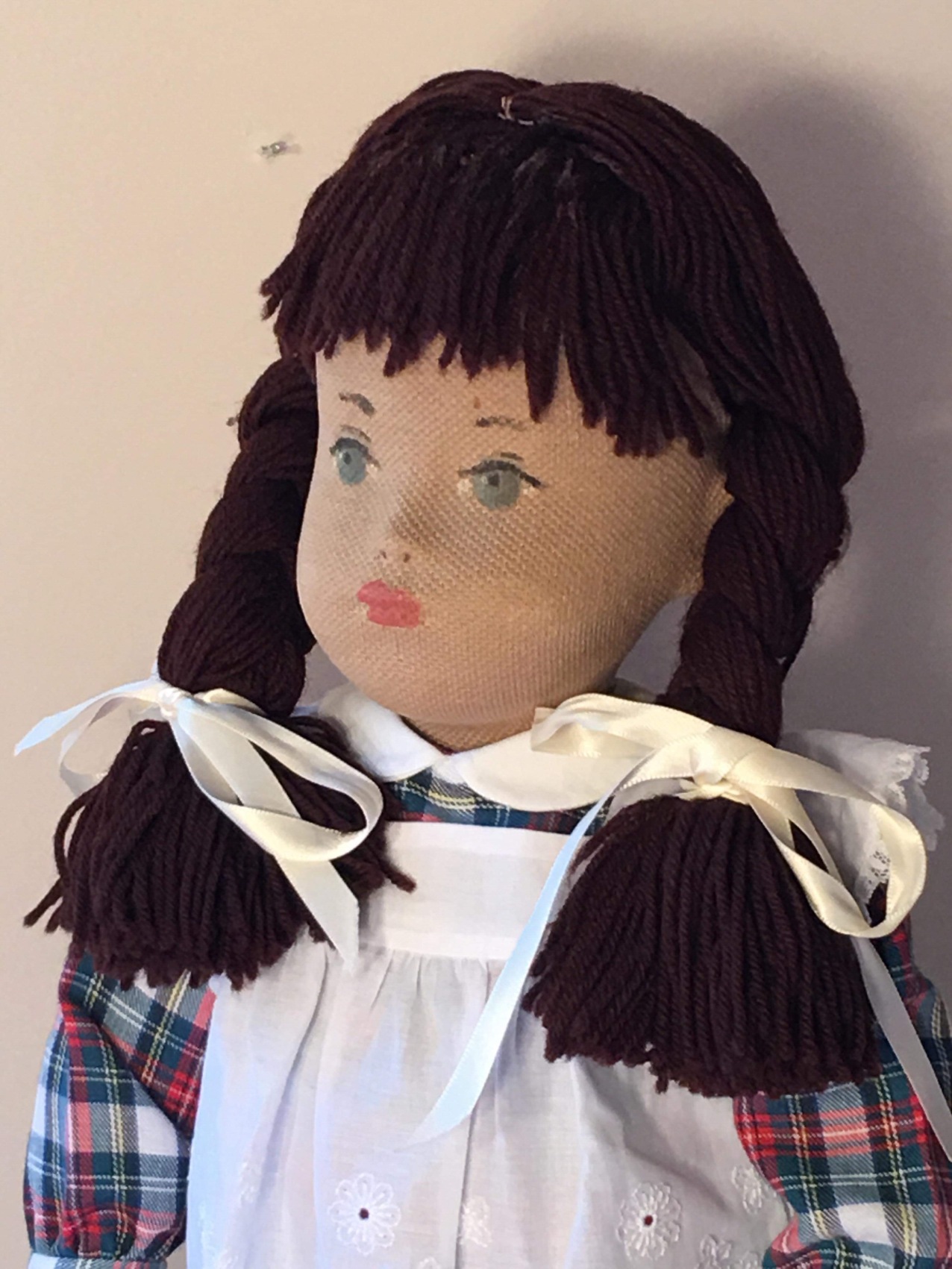 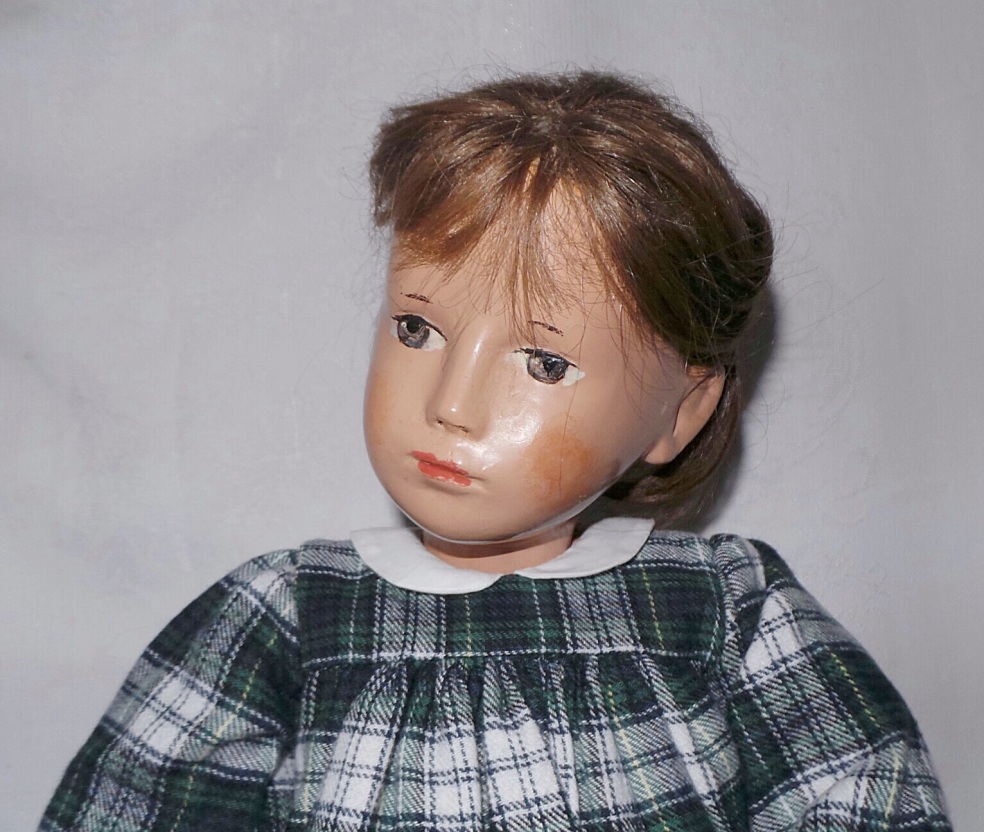 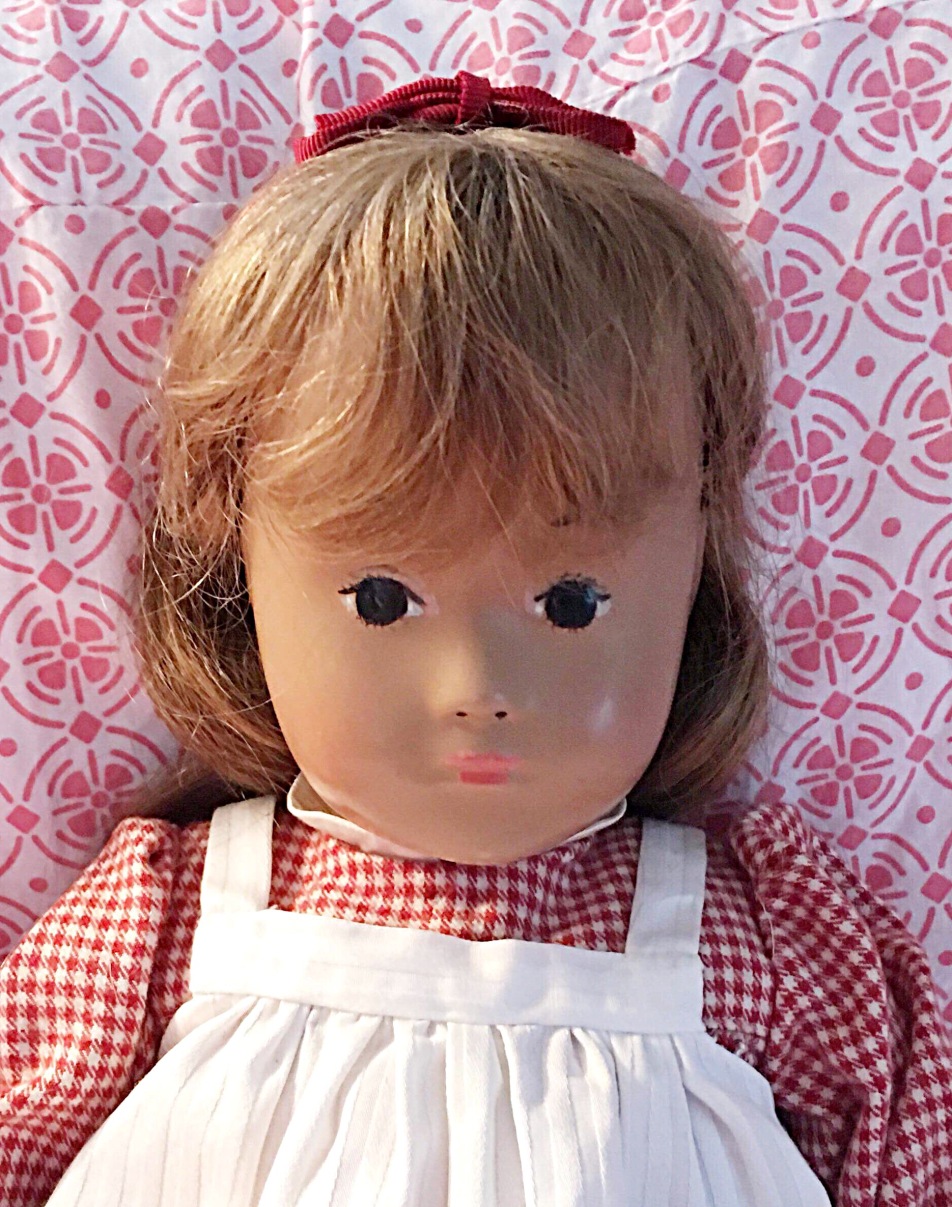 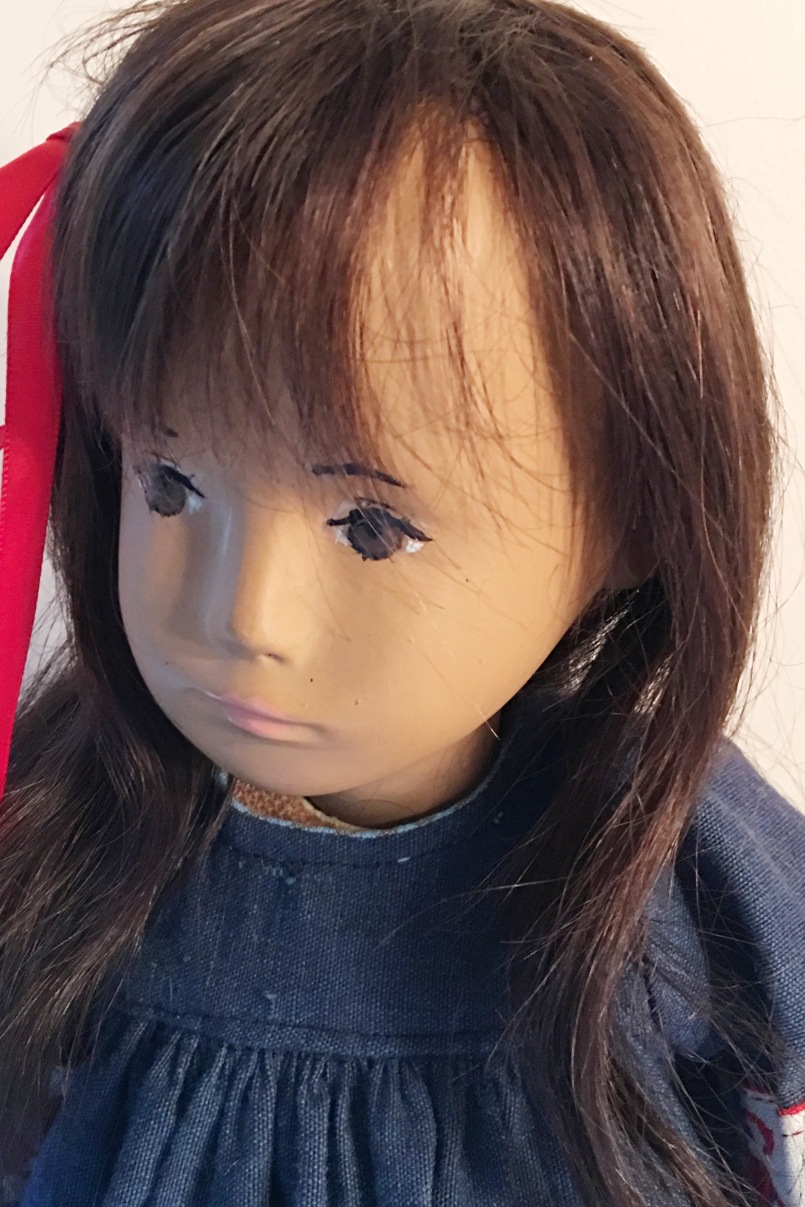 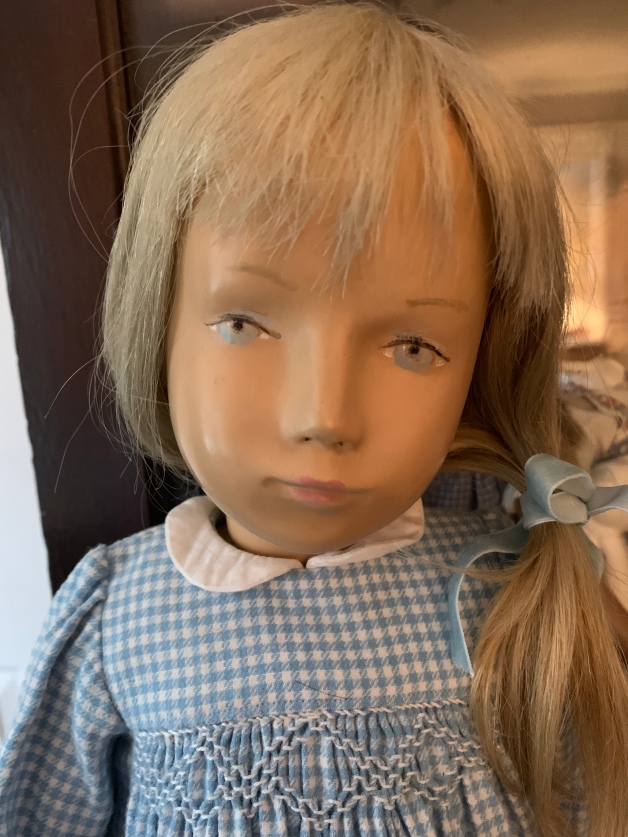 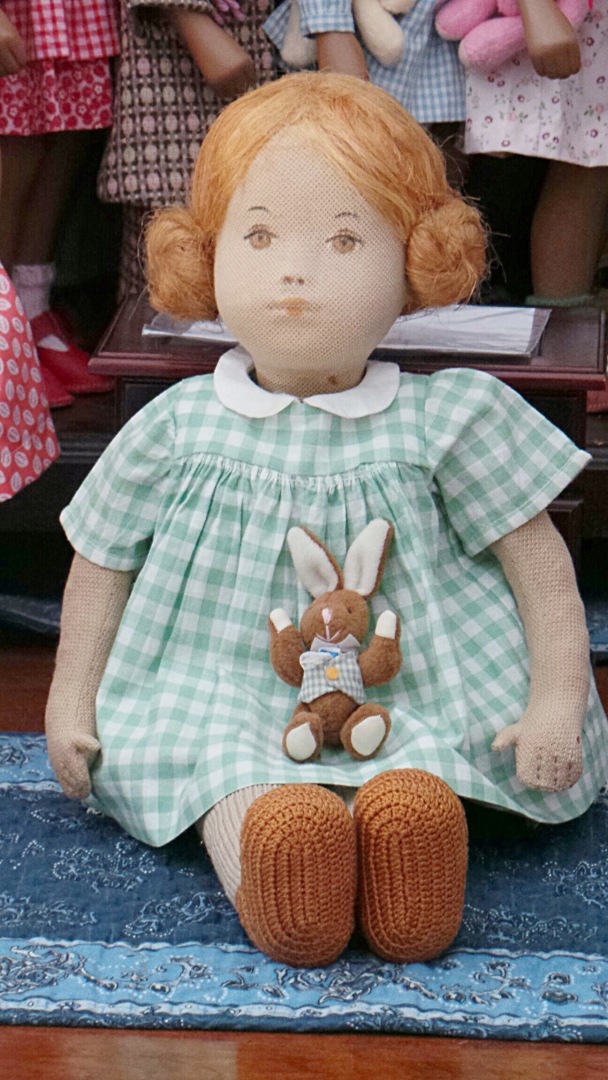