It is boy’s day today and we are beginning with a sweet shorts boy, Quinn.  He is wearing a beautiful sweater and matching hat knitted by Diane Duke.  All the knitted wear shown today on the boys was made by Diane. ❤️

This dear boy is a 1968 brunette with delightful eyes that have radiating irises.  His name is Brodie. ❤️ 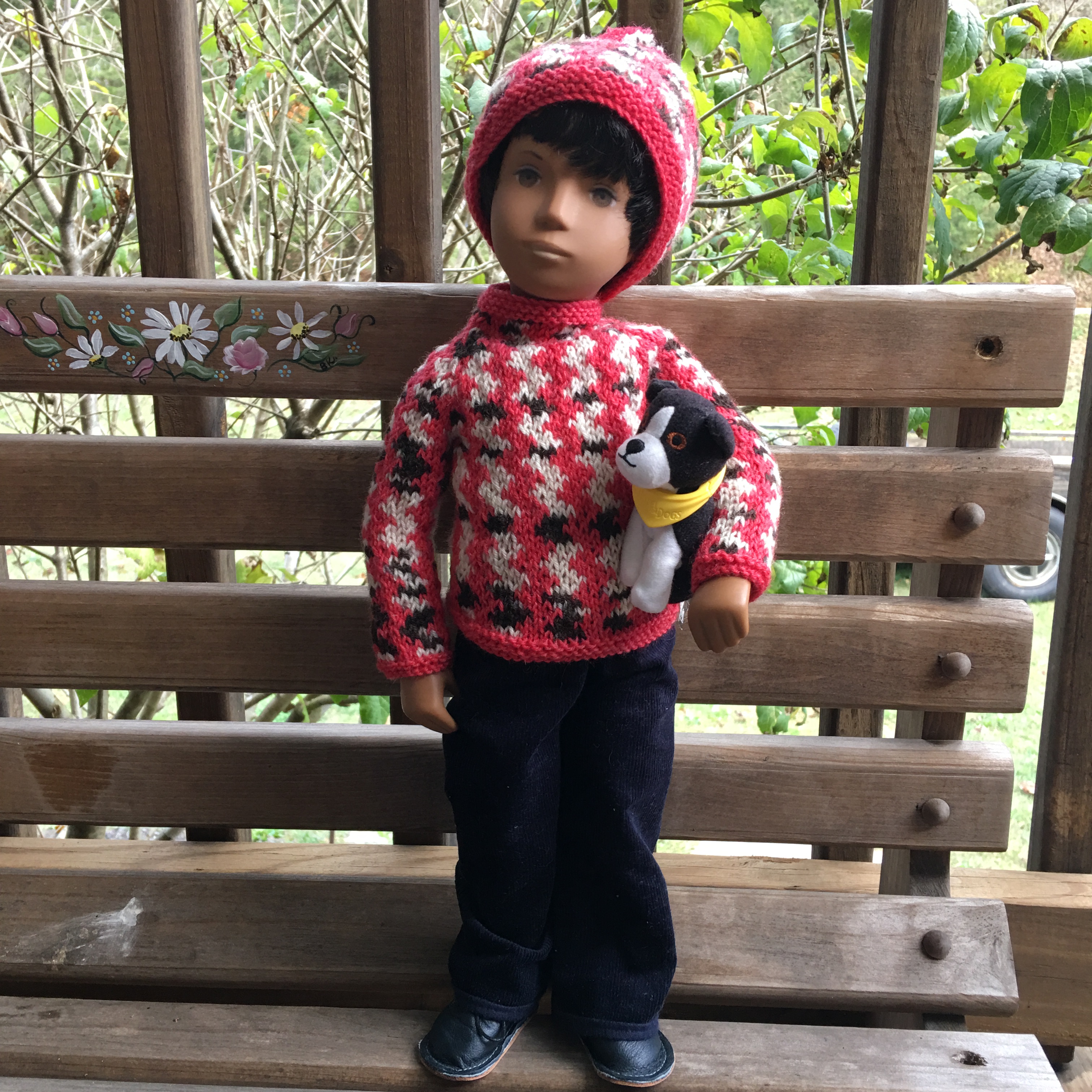 Brodie with his puppy and wearing black corduroy trousers with black leather boots made by Jean Jensen (JJ).

Gus with his stuffed horse.  His jeans were found at Sashapotamus on the Etsy site and his red leather shoes were made by Boneka.

This handsome boy is a 1967 brunette NP with non-falling hair.  His name is Bronson. ❤️

Bronson with his puppy.  He wears off white trousers and red leather JJ boots. ❤️

Drew with his puppy.  His jeans with leather knee patches were made by Pinestreet Studios and the maker of his blue leather boots is unknown.

Nico with his puppy.  His navy trousers have a herringbone pattern and the maker is unknown.  His blue leather boots were made by JJ. ❤️

Mike’s puppy ran away while I was taking photos but we found him later in the day. 😉  Mike is wearing burgundy corduroy trousers and purple leather boots by Ruthsdolls.

Another view of Mike. ❤️

Joey with his puppy.  He is wearing brown trousers and brown leather boots by Ruthsdolls.

This fabulous boy is a repaint by Cassie Rogers and Cassie also dyed his hair a wonderful strawberry blonde color. ❤️ 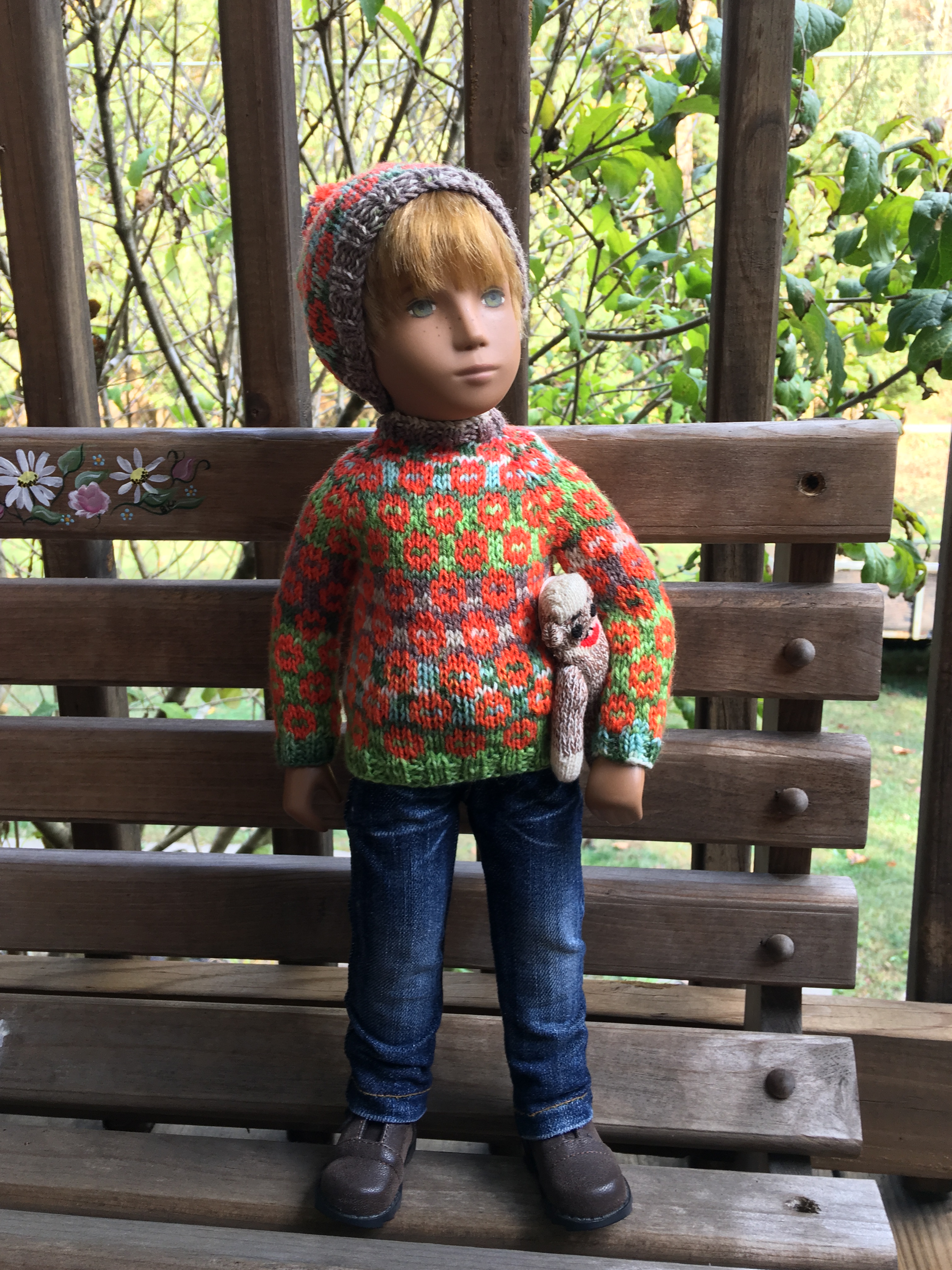 Max with his sock monkey.  He is wearing terrific jeans from Sashapotamus and brown leather boots Cassie found on the Internet. What a boy! 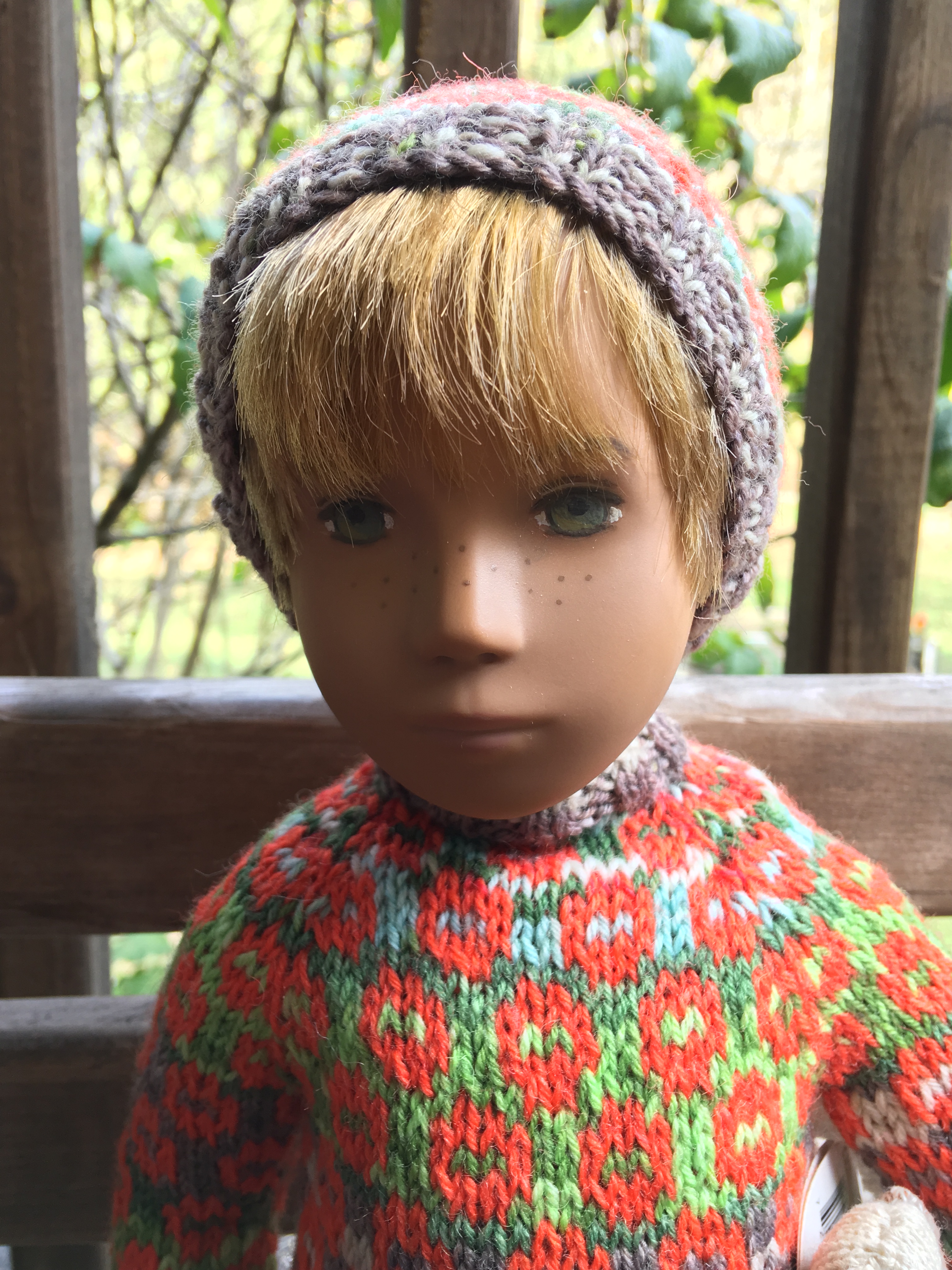 This is dear Duncan a 1970’s brunette boy with blue eyes. Duncan came from the factory with his rare eye color. ❤️

Duncan with his bear.  He wears a wonderful outfit that I won at auction during the 2016 Sasha Festival in Rochester.  The cardigan was knitted by Diane, the trousers were made by Judith of Dolly Doodles and his golden leather shoes were made by Noreen.  I love this outfit!

This wee boy is Johnny a Gotz toddler. ❤️

Johnny with his stuffed pony.  He wears green trousers made by Sharon Humphreys and black and white saddle oxfords. ❤️ 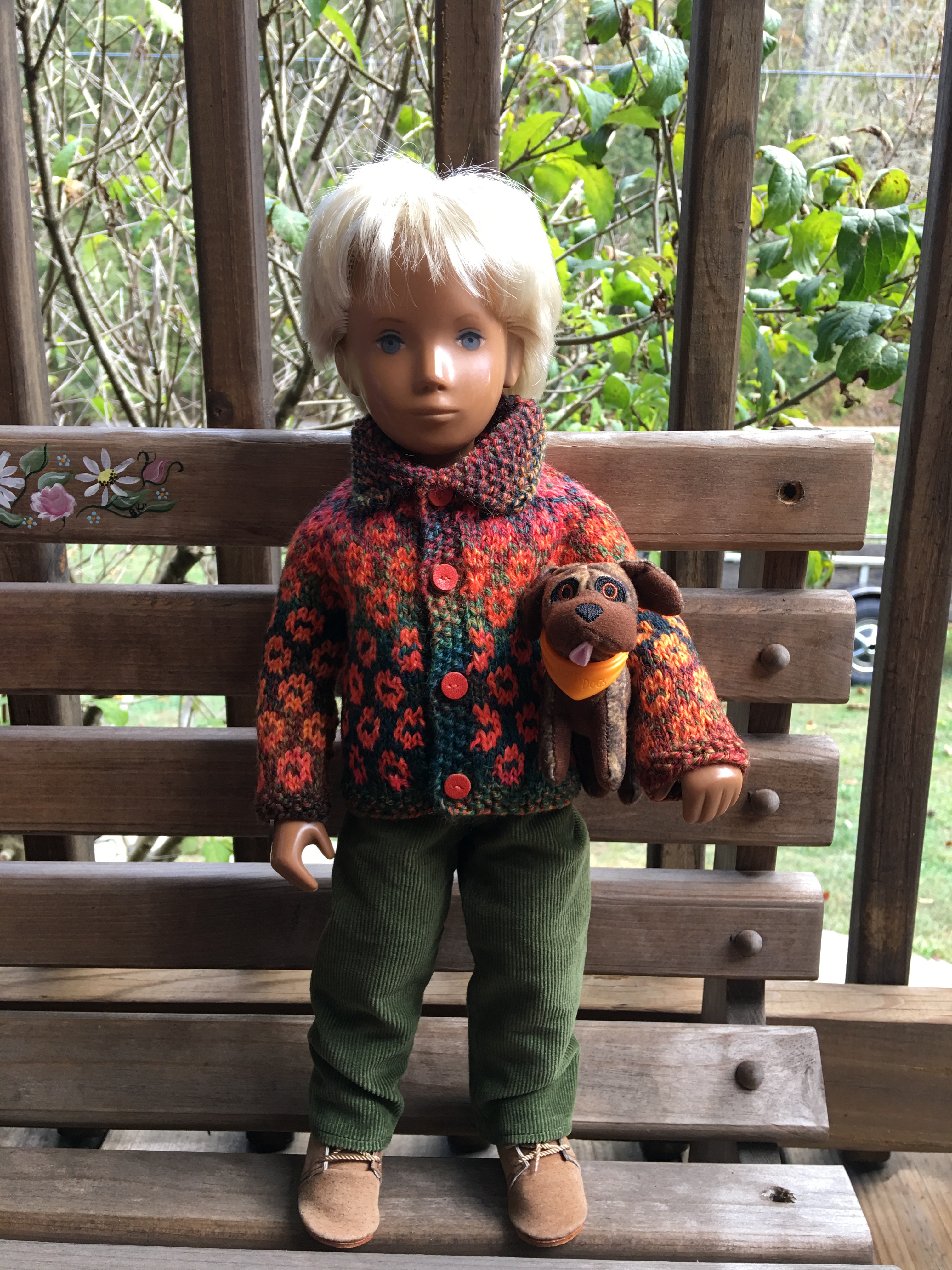 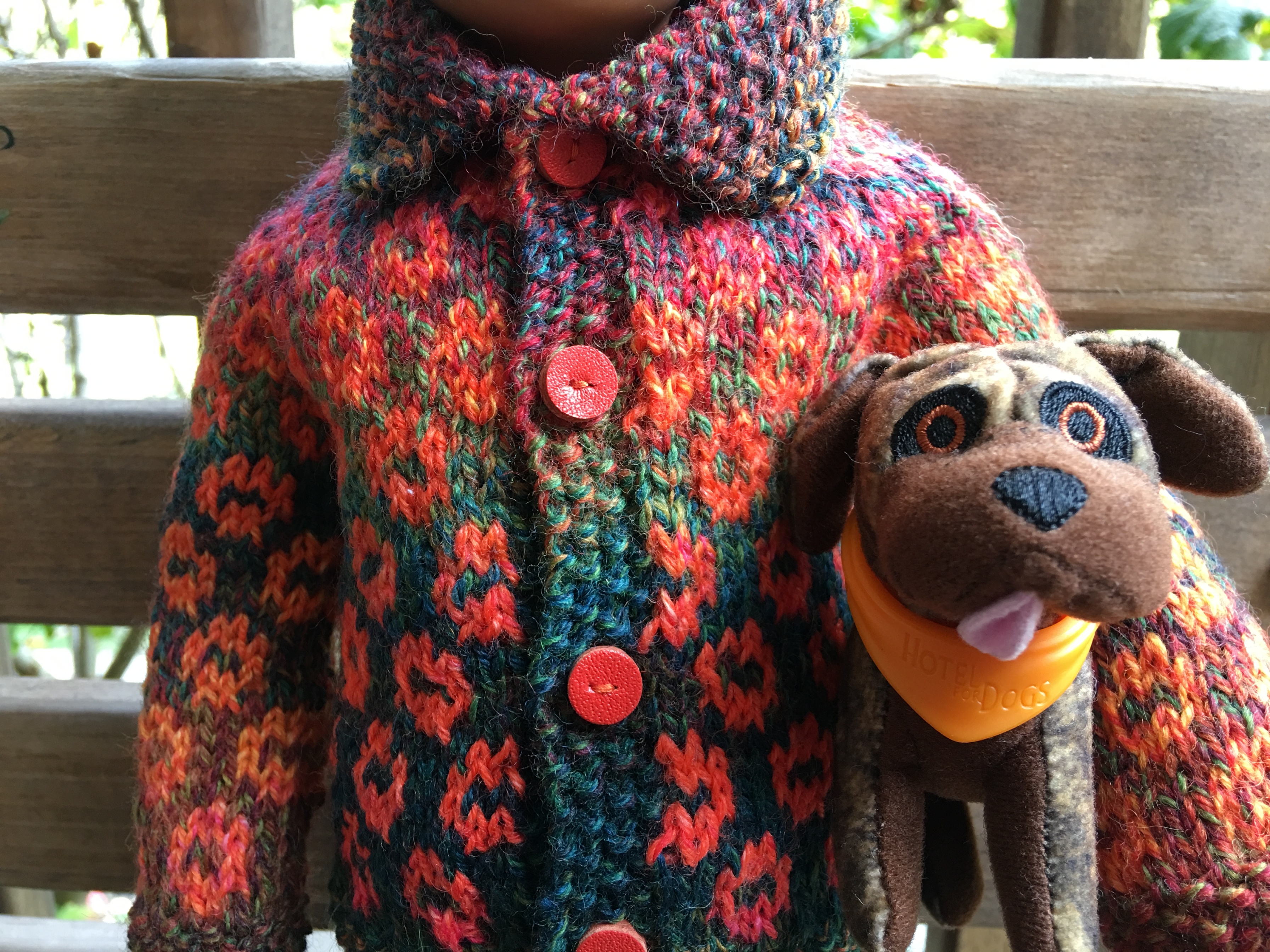 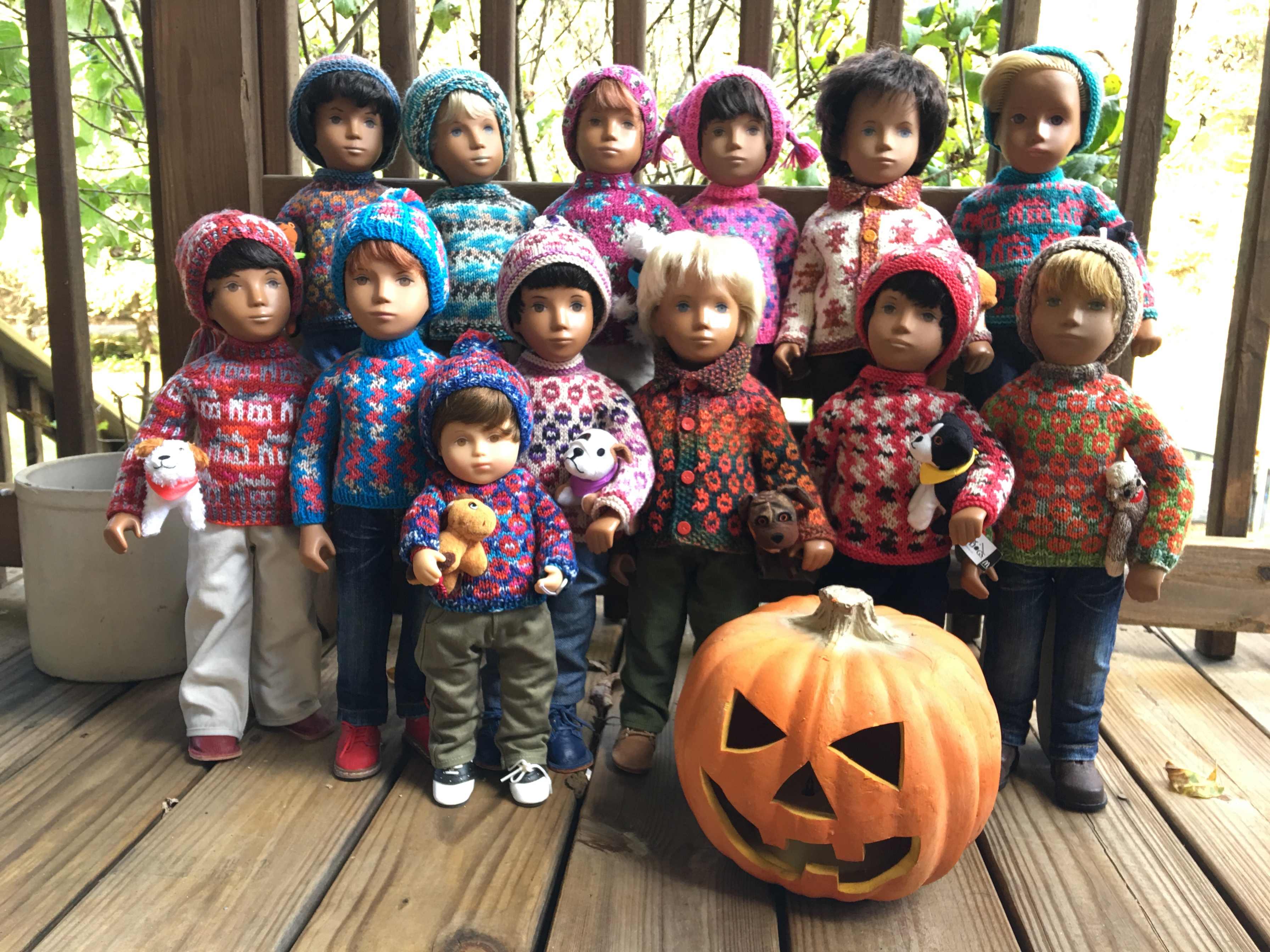 Thank you for visiting with us today.  I hope you have enjoyed seeing these thirteen boys in their colorful outfits.

A waterlogue image of Max for you to see. ❤️